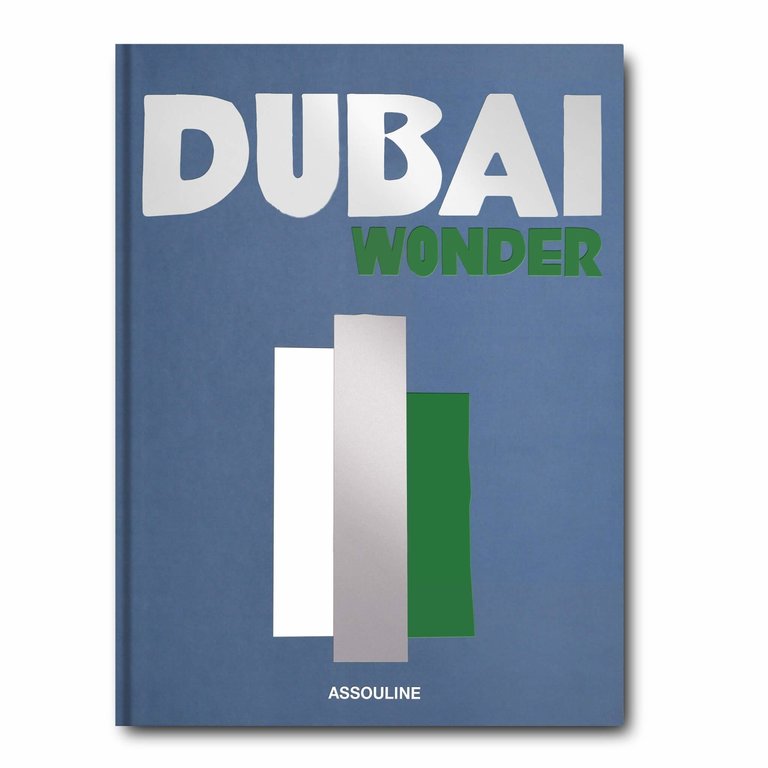 Close
An international port city and desert oasis, Dubai is one of the most important metropolises in the Middle East. With modest beginnings in the industries of pearl diving, fishing and trade, Dubai has since eclipsed its historic origins. Silk Hardcover
Share this product:

The most populated of the seven emirates united by founder Sheikh Zayed bin Sultan Al Nahyan in 1971, Dubai is a treasure trove of the best, the biggest and the brightest, drawing such stars of architecture as Zaha Hadid, Foster + Partners, and Santiago Calatrava. Dubai’s skyline features the world’s tallest tower, Burj Khalifa; the giant Dubai Mall; the Burj Al Arab seven-star hotel and the Dubai International Airport—the ultimate extravagance.

Dubai Wonder tours readers through this storied city and its cultural diversity and distinct neighborhoods, including Deira, home to the Khor Dubai, a creek that Dubai’s economy relied on for several decades for pearl diving and fishing; Al Quoz, the cultural heart of the city; the Dubai International Financial Centre and Jumeirah, a largely residential district featuring the emirate’s notable resorts along its coast.

Myrna Ayad is an arts consultant, cultural strategist and editor, with a focus on visual art and culture from the Arab world, Iran and Turkey. She established her namesake consultancy in 2018 following her directorship of Art Dubai, the Middle East, North Africa and South Asia’s foremost international art fair. Ayad has written for The New York Times, CNN Online, The Art Newspaper, Artforum, Artsy, Artnet, Wallpaper* and The National, among others, and contributed to artist monographs and exhibition catalogues. From 2007 to 2015, she served as editor of Canvas, the premier magazine for visual art from the Middle East, where she oversaw the production of the title’s affiliate newspapers, catalogues and luxury art books. Over the years, Ayad has served both as a panelist and moderator and sits on the committees of cultural entities in the region. For almost four decades, she has been based in Dubai, where she lives with her husband and two children.

$80.00
In stock
Taken from a rare hand-colored original, this best-selling collection features an introduction that contextualizes the fascinating tradition of natural collections to which Seba’s curiosities belonged.

$54.00
In stock
Jot down those sparks of inspiration or to do's. Each note block comes with a pad inside a lizard-embossed, blue, vegan leather hard cover with gold embossing. Holds 180-sheet ivory paper pad. Handmade in England by classically trained craftsmen. 4" x 6"

$95.00
In stock
A dazzling tour of the one-of-a-kind city of Jaipur, a delicate blend of old and new. Jaipur is a vibrant city full of energy, color and grandeur, known for its splendid palaces, enchanting jewels, bustling bazaars and traditional crafts. Silk Hardcover

$95.00
In stock
Venturing on an Odyssey of their own, the author and the photographer boarded a traditional Greek sailboat and set out to capture the calming atmosphere, quintessential characters and breathtaking architecture of these gems of the Aegean. Linen Hardcover.