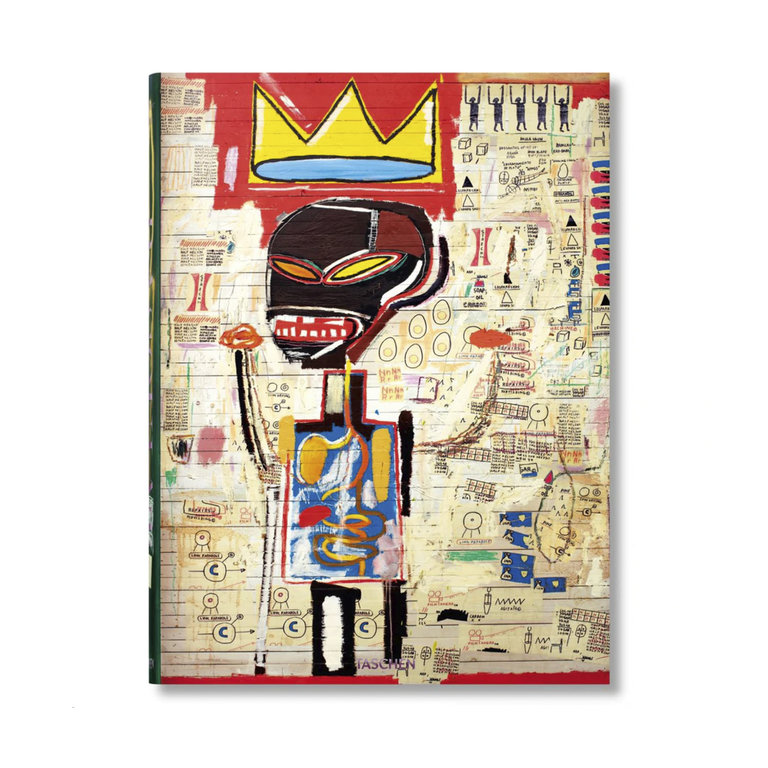 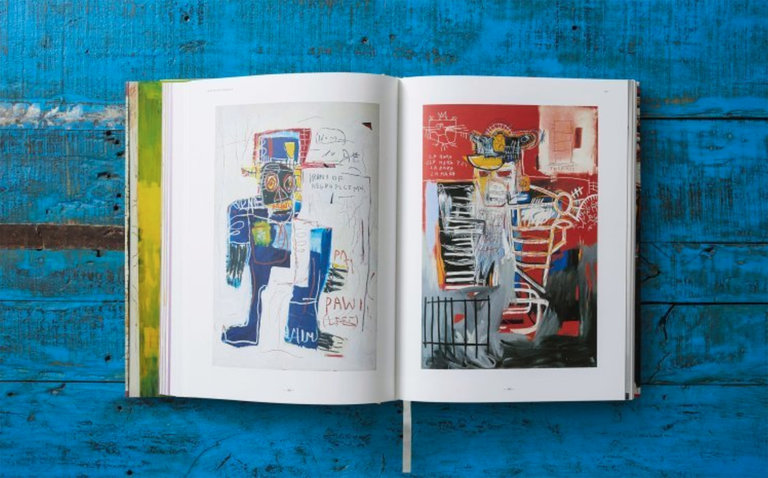 Close
Get up close to the bold brushwork and scribbled words of Jean-Michel Basquiat, one of the most successful artists of his time. This XXL-sized monograph gathers Basquiat’s major works in pristine reproduction. Hardcover
Share this product:

The legend of Jean-Michel Basquiat is as strong as ever. Synonymous with New York in the 1980s, the artist first appeared in the late 1970s under the tag SAMO, spraying caustic comments and fragmented poems on the walls of the city. He appeared as part of a thriving underground scene of visual arts and graffiti, hip hop, post-punk, and DIY filmmaking, which met in a booming art world. As a painter with a strong personal voice, Basquiat soon broke into the established milieu, exhibiting in galleries around the world.

Basquiat’s expressive style was based on raw figures and integrated words and phrases. His work is inspired by a pantheon of luminaries from jazz, boxing, and basketball, with references to arcane history and the politics of street life—so when asked about his subject matter, Basquiat answered “royalty, heroism and the streets.” In 1983 he started collaborating with the most famous of art stars, Andy Warhol, and in 1985 was on the cover of The New York Times Magazine. When Basquiat died at the age of 27, he had become one of the most successful artists of his time.

Eleanor Nairne is a curator at the Barbican Art Gallery. She has worked on a number of critically acclaimed exhibitions and publications, including Basquiat: Boom for Real (2017) and Imran Qureshi: Where the Shadows are so Deep (2016). Prior to the Barbican, she was curator of the Artangel Collection at Tate. She is a regular catalogue essayist, a writer for frieze, and a previous Jerwood Writer in Residence.

Frida Kahlo: Fashion as the Art of Being Book

$195.00
In stock
Fashion is an optical effect that Frida knew how to employ with shrewd intelligence and artistic intention. Frida knew that life is theater, and fashion was her costume. Frida understood the importance of image and attitude, no matter who you are.

Quickview
Frida Kahlo: Fashion as the Art of Being Book
$195.00

$95.00
In stock
Italy is a country synonymous with style & beauty in all aspects of life: the rich history of Rome, Renaissance art of Florence, graceful canals of Venice, high fashion of Milan, signature pasta alla bolognese of Bologna & colorful Portofino to name a few

$85.00
In stock
A beautiful body of work by portrait photographer Claiborne Swanson Frank. She photographed over 60 of the hottest, up-and-coming women to watch in Hollywood today, among these women are actresses, directors, producers, screenwriters, stylists, and more

$200.00
Out of stock
One of the key figures in Mexican revolutionary modern art, & pioneer of the politics of gender, sexuality, & feminism. This XXL monograph combines all of Kahlo’s 152 paintings with rarely seen photographs, diary pages, letters, & an illustrated biography