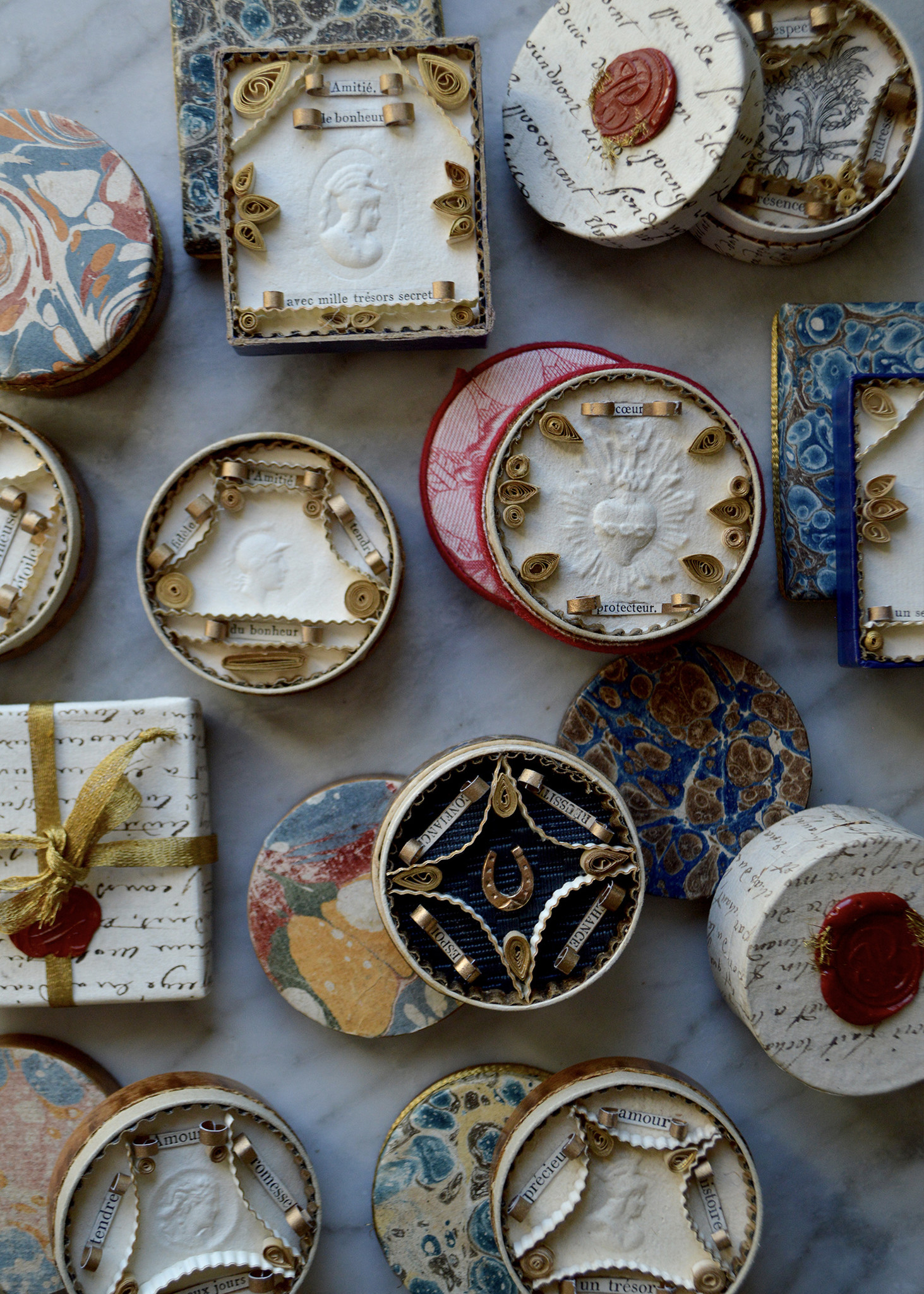 Exquisite, original works of art inspired by 18th century reliquaries crafted in monasteries and convents, reimagined in a series of miniature message boxes fashioned of antique paper by artist Corinne Seranno out of her studio in Provence. 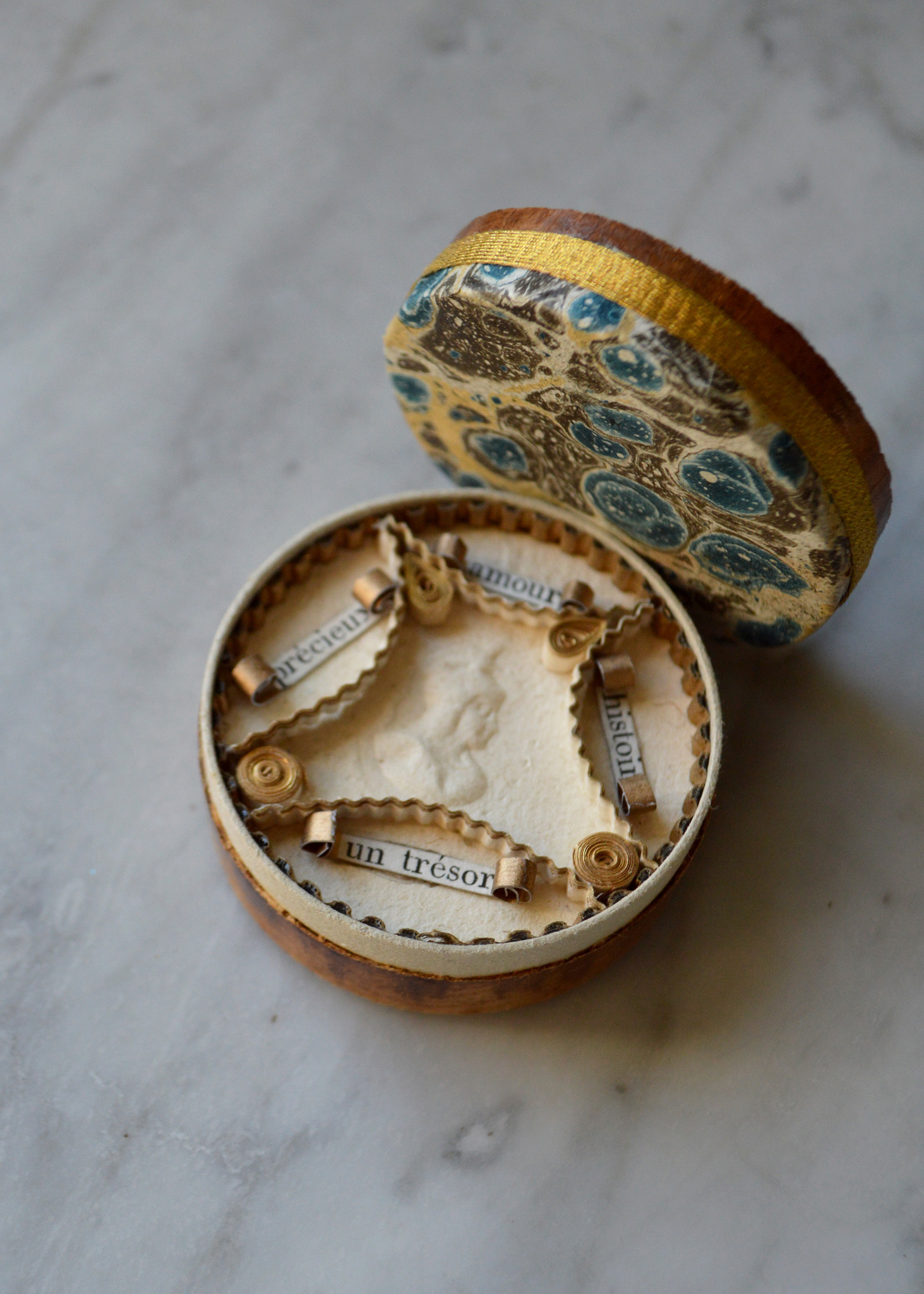 In the late eighteenth century, French monasteries and convents became known for creating intricate, portable reliquaries using old books, finely wrought paints, and textiles donated by the local noblesse. The ex votos imagery at their center was often accompanied by holy script, and offered as an encouragement toward spiritual devotion and practices of prayer. Though they eventually fell out of fashion, one can still find these distinct pieces of history tucked away in the brocantes of France. 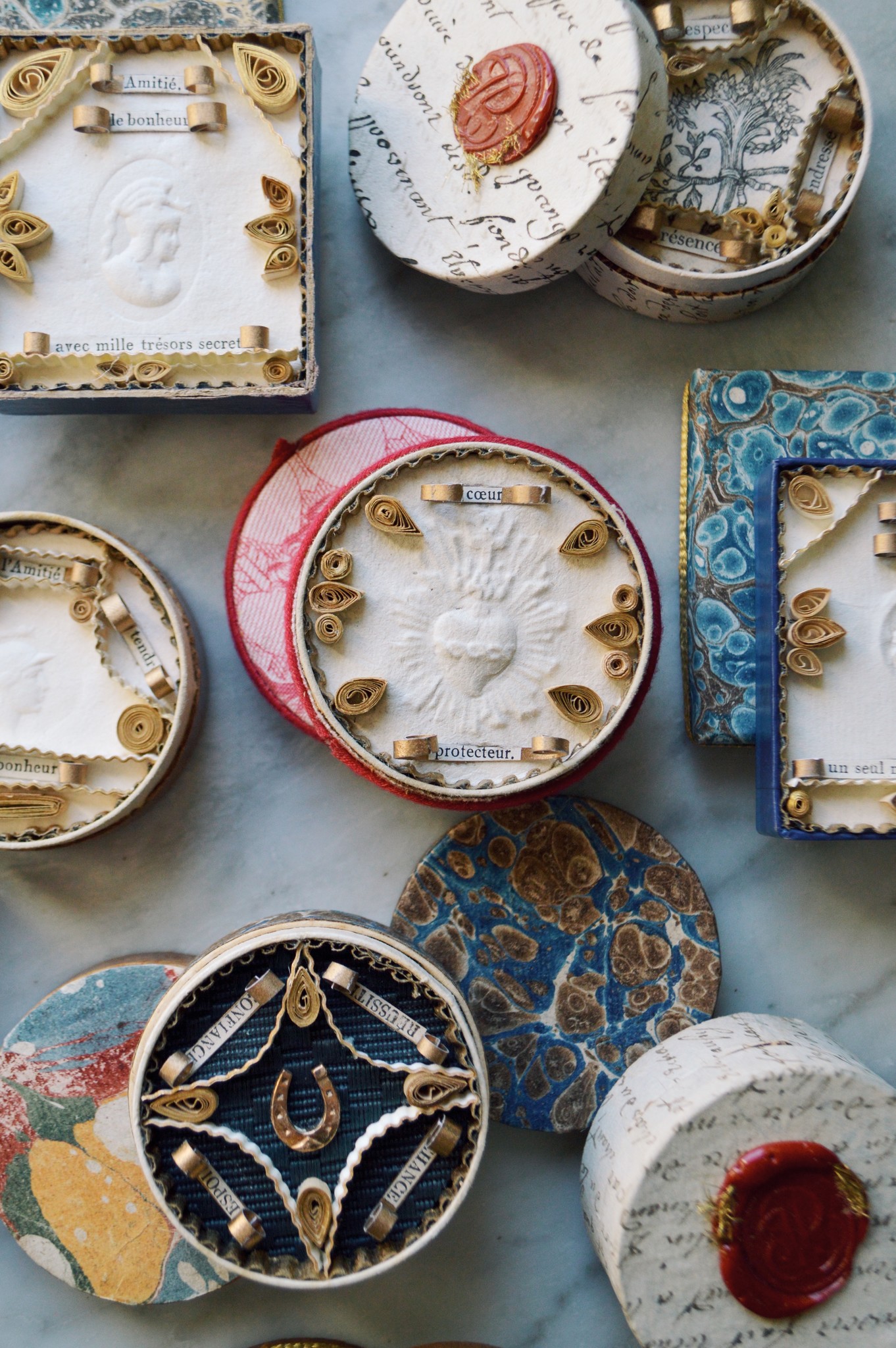 Artist Corinne Bernizet Seranno is among the curiosity collectors inspired by such designs. Determined to preserve this art form albeit infused with her own passions, Corinne reimagined these paperolle reliquaries into a series of miniature message boxes fashioned of 18th century papers out of her studio in Provence. 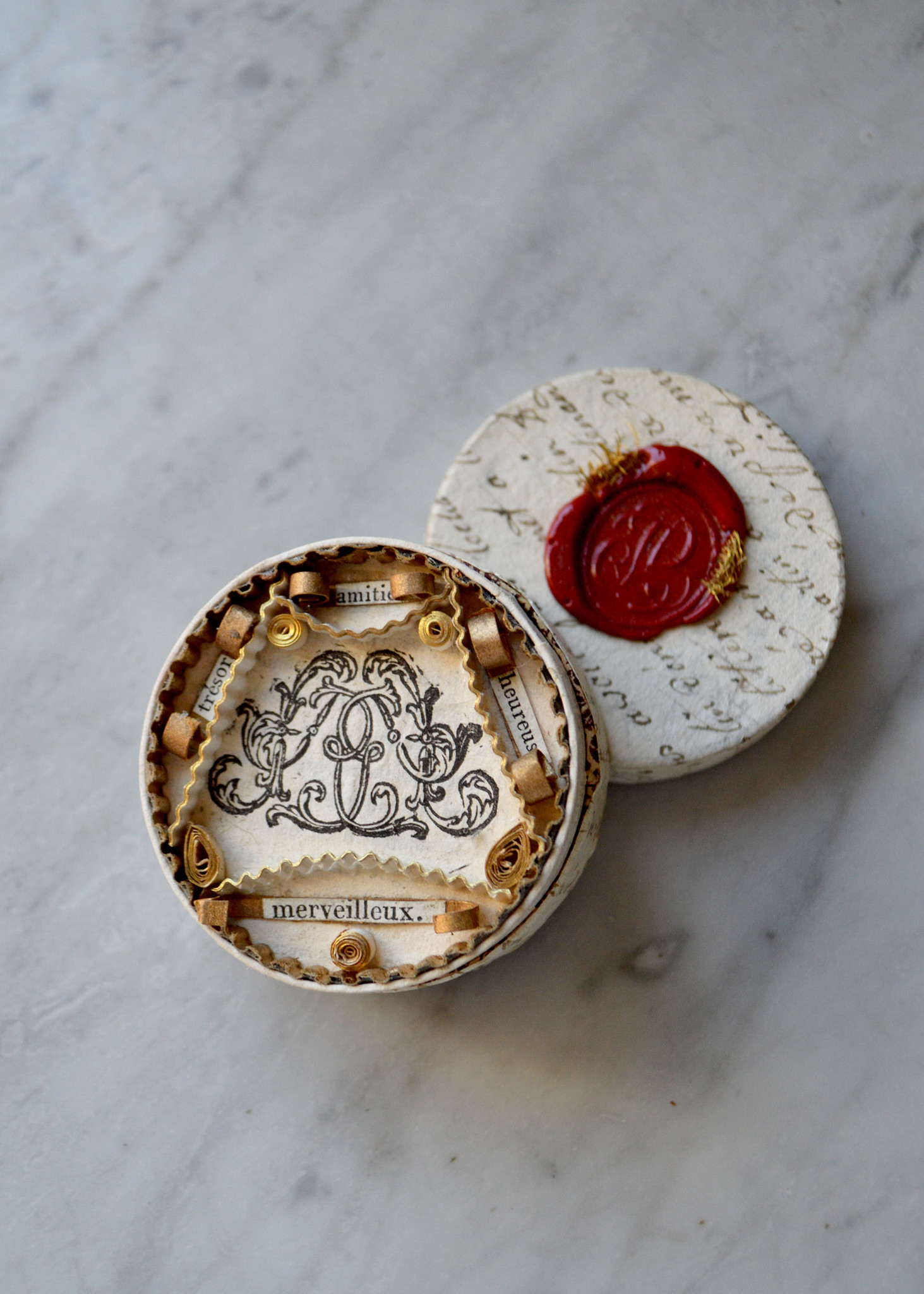 Using Old World techniques, she’s created exquisite, original works of art filled not with religious messages, but rather words of encouragement, affection, and devotion meant for friends and lovers alike. Each is crafted entirely by hand, using antique textiles and stationery to achieve the same timeless effect as the original inspirations, some wrapped in gold ribbon while others are marked by red wax seals on top. 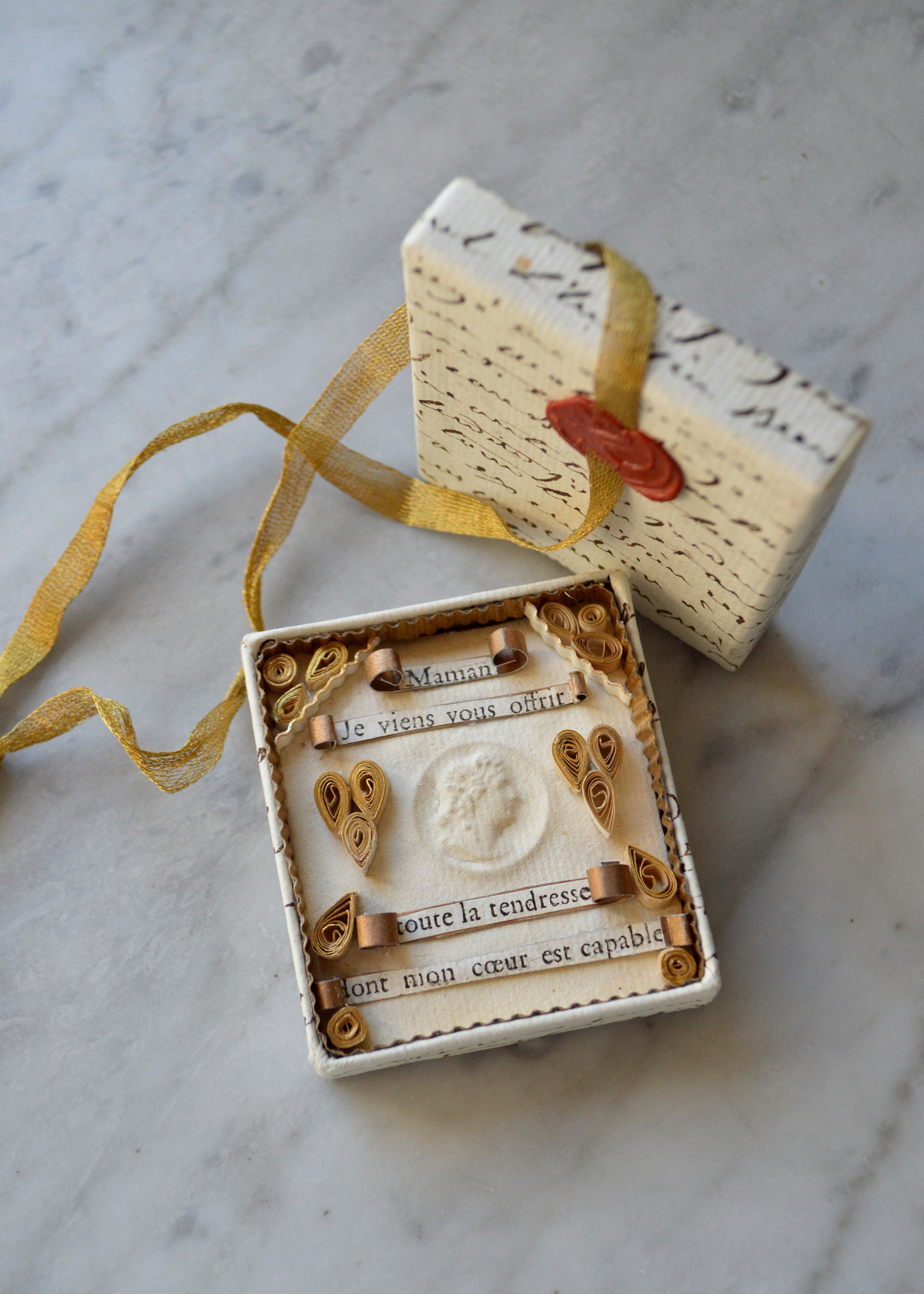 For those wishing to find a truly unique gift for a loved one, these petite objets d’art are entirely unmatched. 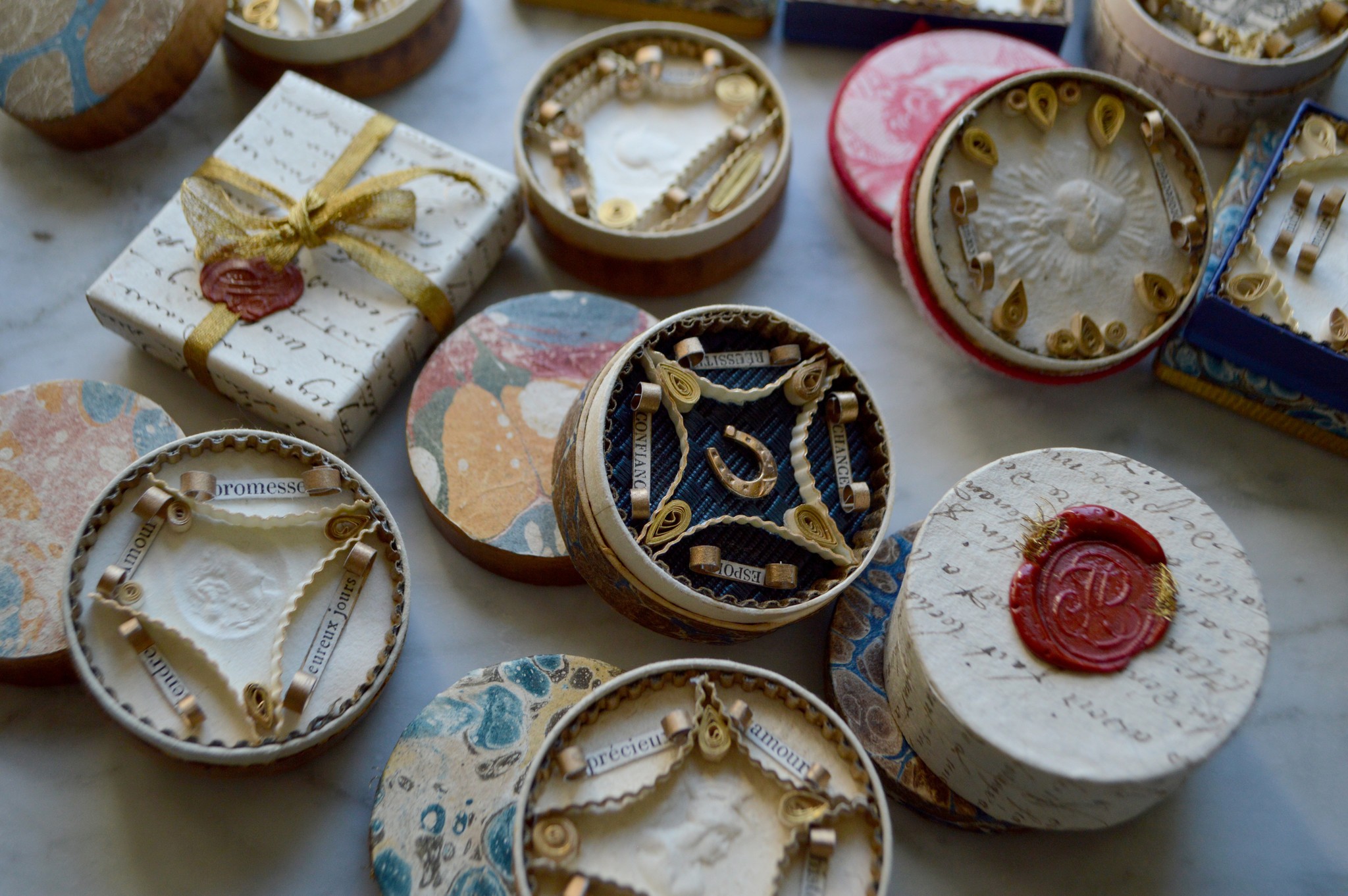 All links may be found by clicking through images.

s
Stephanie S Reeve
These are so lovely. . . had never heard of them before and I love that this artist has recreated them in her own unique way. 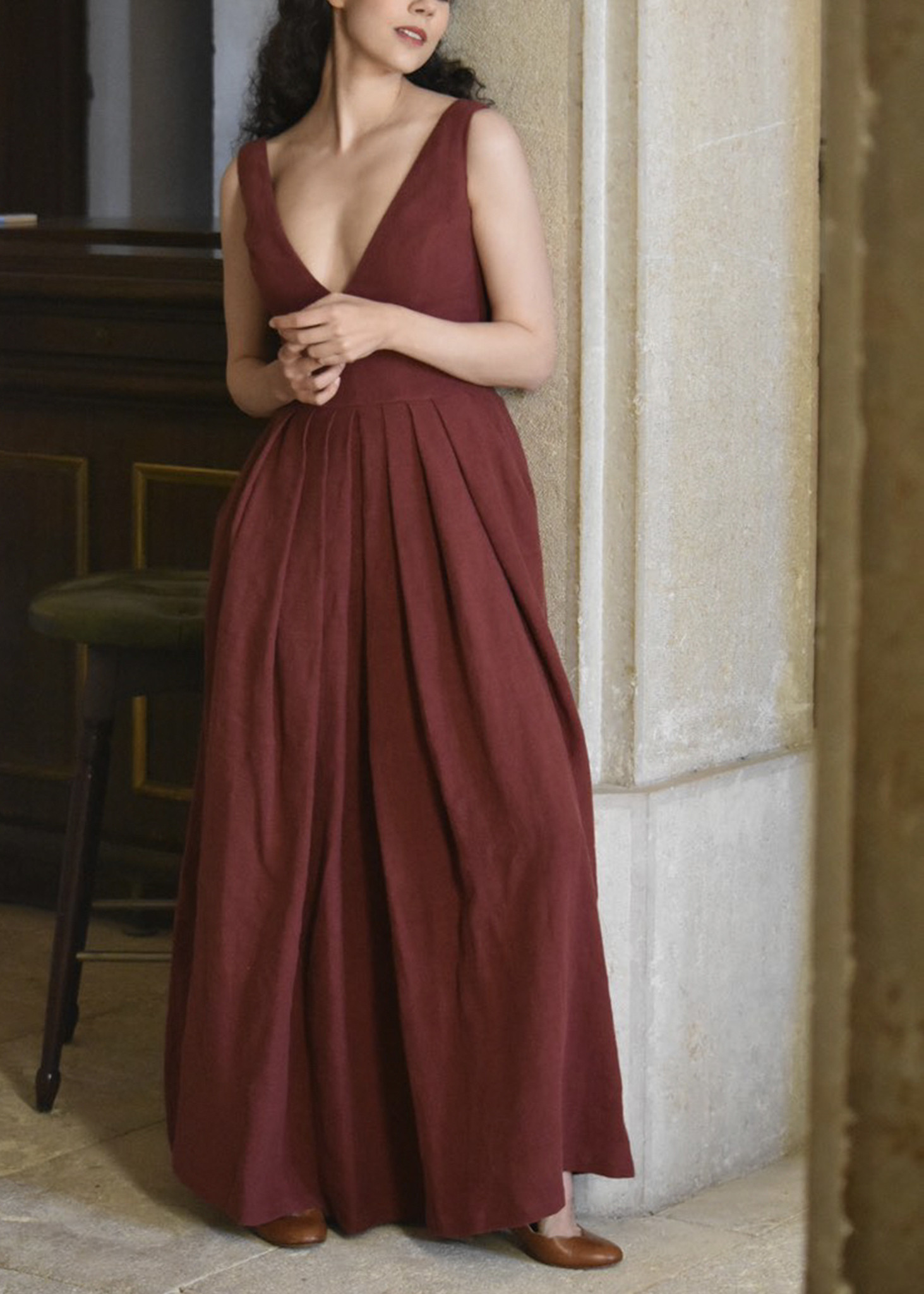 A slow-fashion, limited-edition brand created exclusively in France with the finest artists, ateliers, and couturières of the region to conjure silhouettes inspired by the effortless romanticism of P...
Read more 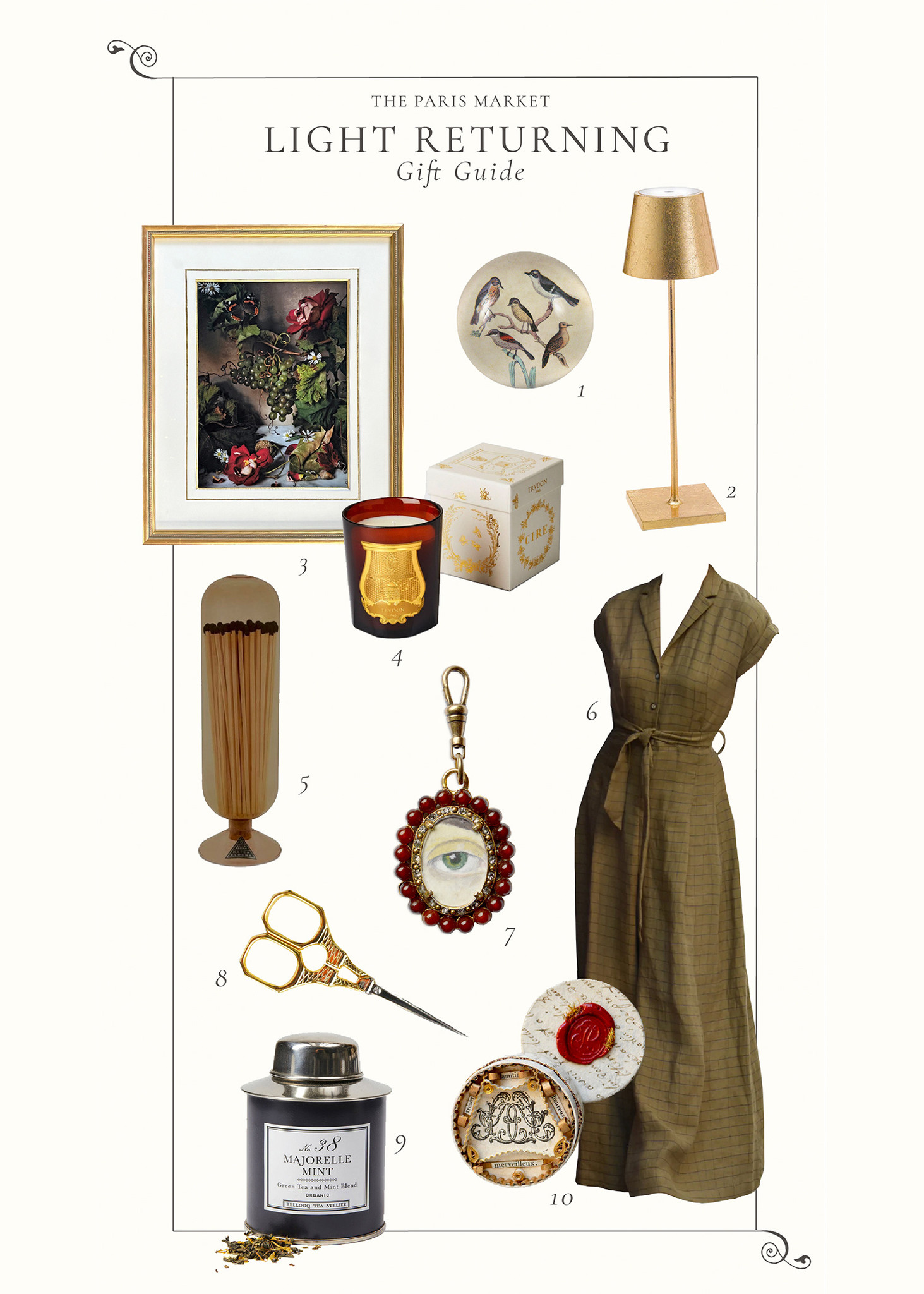 To celebrate the slants of light returning to our world, dancing between bare tree limbs soon to burst forth with new growth. The siren song of flowers and fauna, the mark of another turn around the u...
Read more 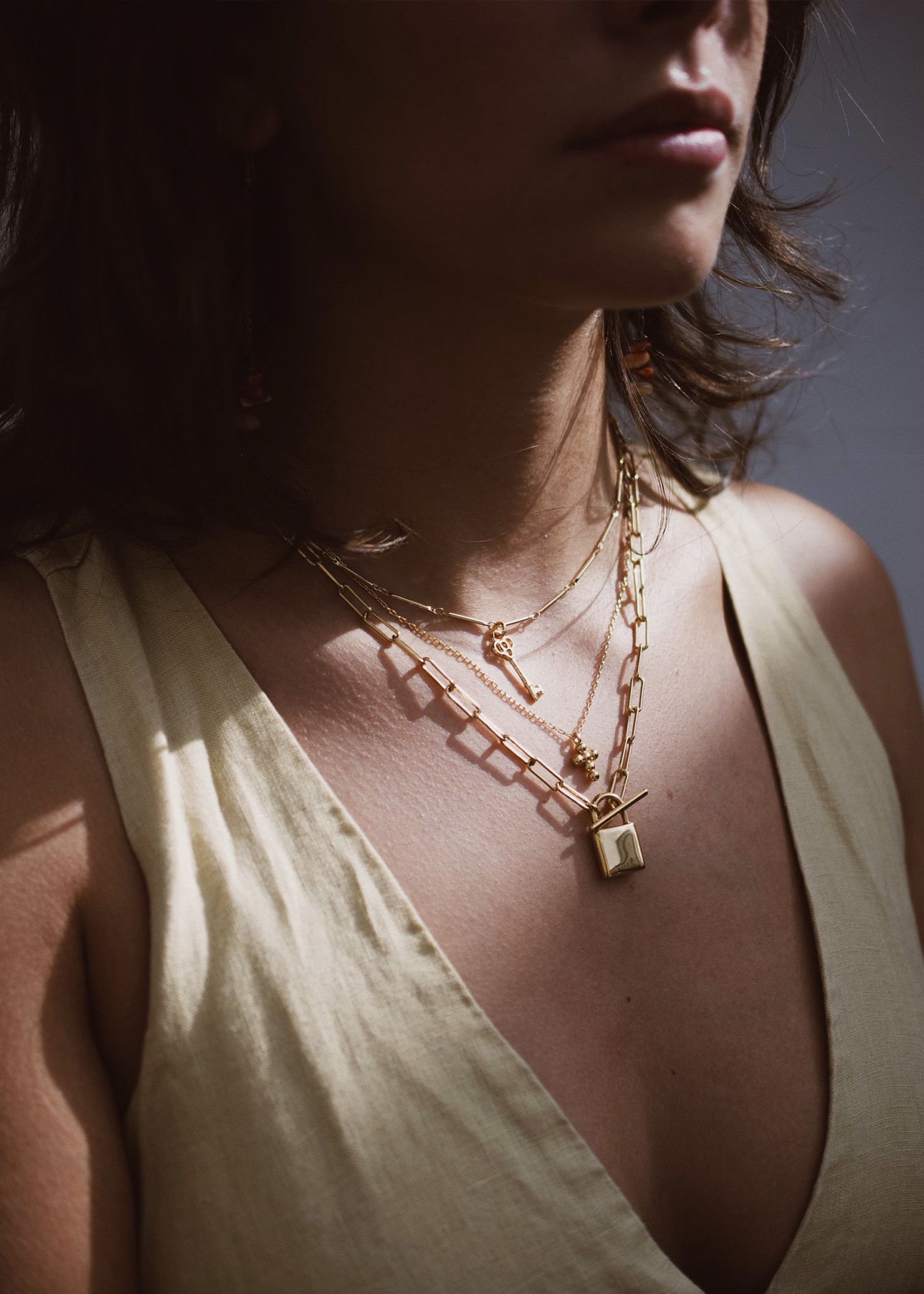